What Are Smart Contracts and Why Do They Matter?

In today’s digital age, smart contracts guarantee a new way of doing business. Maintaining compliance, data accuracy, and legitimacy is essential in almost every major industry. Smart contracts are starting to catch on as businesses realize the immense potential they have.

But what are smart contracts—and how do they work?

Smart contracts are a computer protocol that can automate the process of creating, verifying, transferring, and enforcing contracts between two parties.

Contracts form the foundation for most processes in our society. Many things that we rely on would end if individuals weren’t able to deliver on their promises.

Creating an efficient contract process means improving the way people interact with each other. Smart contracts are more deterministic and secure and can greatly improve a company’s efficiency when it comes to the contract process.

In this article, we’ll discuss further what a smart contract is and why they are the future in finance, lending, and contract-heavy industries. 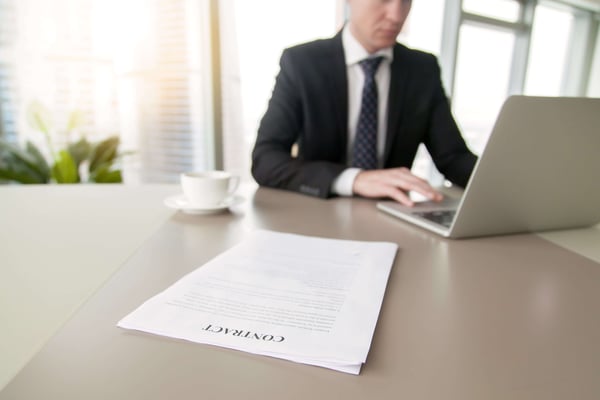 What Is a Smart Contract?

The term “smart contracts” was invented originally by a cryptographer named Nick Szabo in the early 1990s.

He saw a contract as a set of assurance agreed to by a meeting of the minds. Szabo emphasized that computers made it possible to control algorithms.

A smart contract is an agreement available between two or more parties, kept on a blockchain ledger network. Once a contract is entered into the ledger, it cannot be changed.

Smart contracts have the potential to transform the entire contract process through automation and verifiability. This enables all stakeholders to handle and confirm contractual regulations as a group, using an agreed and predefined consensus technique.

A smart contract has an advantage over ordinary and everyday contracts for two reasons:

What Are the Advantages of Smart Contracts?

Smart contracts excel because they are accurate, transparent, fast, secure, efficient, and cost-effective.

These contracts enforce themselves automatically when specific criteria are met.

The increased speed offered by smart contracts makes them more acceptable for companies looking to streamline their workflows. They can eliminate intermediaries in the contract process, which offers significant cost savings.

As technology evolves—many companies will turn to this innovative technology to stay competitive. Here are a few reasons why smart contracts are going to change the way we do business.

Smart contracts automate the backend processes, including things like creation, settlement, and triggering. Maintenance and escrow are simplified by using a localized infrastructure. Once the contract is encrypted and sent to the blockchain, it will perform as written without intervention from humans.

That isn’t the case with traditional contracts where companies must assess and maintain them throughout its lifecycle.

The current contractual process is slow and tedious. The delay in the procedures is due to unnecessary steps and the many intermediaries involved in the process. Smart contracts leverage blockchain technology and are created and executed much quicker.

That’s why the speed of finalizing transactions using smart contracts is breakneck. Adopting them can save a lot of time compared to any standard business process. Also, delayed time because of manual involvement is also reduced.

Smart contracts are precise and accurate to the tiniest level of the agreement. All the information shared on any transaction is stored in the contract, and individuals involved can open it at any particular time.

These transactions are kept inside the blockchain in the form of future records. It’s specifically helpful if there are disputes in the contract in the future.

Today—smart contracts are the safest alternative when it comes to encryption technology. Since they meet the highest safety standards, this makes them a viable candidate in compliance-heavy industries like finance, lending, and other industries where data integrity is essential.

You can instantly fund a loan using smart contracts because they self-enforce when all conditions are met. The efficiency level of smart contracts is incredibly high, which produces more value in transactions.

The independent nature of smart contracts makes them far more reliable compared to processing through an intermediary. There are no issues with server downtime, no central point of attack to hack, and no centralized intermediary to bribe.

Smart contracts are tamper-proof by design.

Using smart contracts instead of standard agreements can lead to significant cost savings. Smart contracts only include people that are also included in the transaction. And because of that, the need for an intermediary is removed.

All the witnesses, intermediaries, and lawyers aren’t needed. Smart contracts can save additional resources since paper-based documents are not involved in the process anymore.

The properties of security and transparency make smart contract trustworthy in businesses. They destroy any possibilities of manipulation, as well as manual errors, and develop confidence in their execution. The contract executes itself automatically upon agreement on all of the conditions.

Another unique feature of smart contracts is their ability to reduce the requirements of courts and litigation significantly. Automated smart contracts enable parties to bind and commit by the rules and conditions written inside. 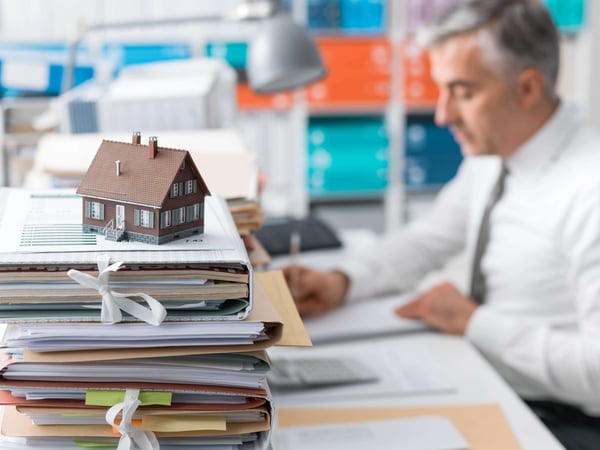 What Industries Will Benefit from Smart Contracts the Most?

Automated contracts that are verifiable, transparent, and encrypted provide a lot of value to many industries. Some of the best use cases for smart contracts include:

Lending. The ability to streamline the contract process and eliminate lawyers will reduce costs associated with real estate transactions. Smart contracts will allow agents to verify land titles, payments, and everything with more accuracy than ever.

Shipping. Deliverables and deadlines drive the shipping industry. Expediting the contract process will improve the rate at which contracts are established, processed, and executed.

Banking. Large banks are already testing smart contracts. According to Capgemini, smart contracts could save banks billions each year in mortgage and loan expenses.

Companies that integrate them will realize additional cost savings, improve their operational efficiency, and much more.

While smart contracts are a product of the cryptocurrency boom, this technology has the potential to revolutionize many of the largest industries in the world. Large banks and other financial institutions know this and are already pushing to implement it.

Small lenders that want to stay competitive, cut costs, and improve their internal processes will need to adopt smart contracts.

We are integrating smart contracts into the FundMore platform. Are you interested in learning more about how your business can take advantage of smart contracts? Get in touch with our team today.